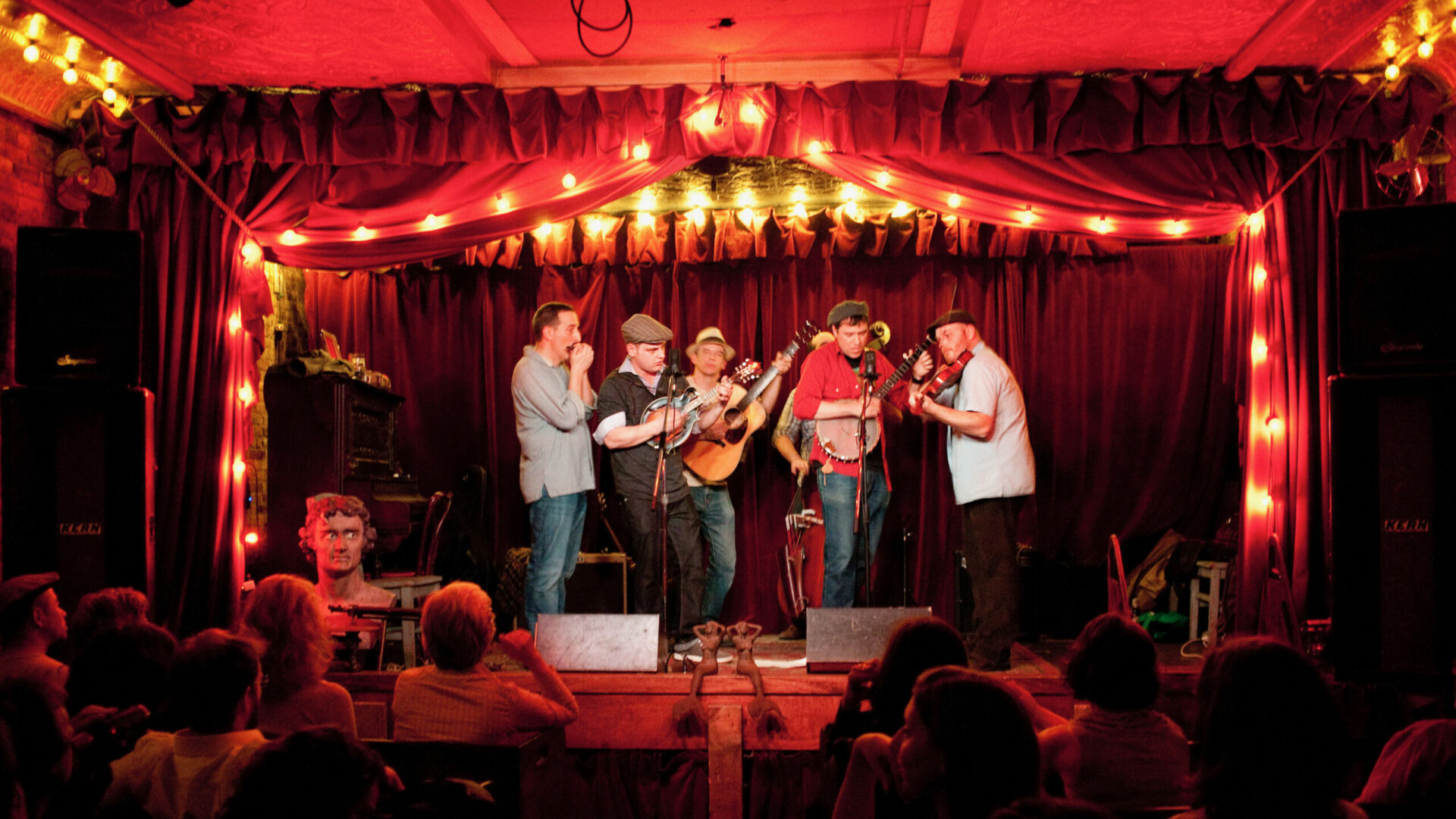 The Strung Out String Band

The Strung Out String Band is an acoustic ensemble dedicated to interpreting "Old Time Southern" music. We aim to blast audiences into a frenzied dimension of ecstatic boogieing using fiddle, banjo, guitar and, in the great tradition of those who followed before us, anything we can get our hands on. We are based in Brooklyn, USA.

The Strung Out String Band is based in New York City and plays energetic dance music from several traditions and epochs. As dedicated interpreters of the “Old Time Southern” music.

We aim to blast audiences into a frenzied dimension of ecstatic boogieing using fiddle, banjo, guitar, upright bass and, in the great tradition of those who followed before us, anything we can get our hands on that can create a musical tone.

We’ve built up our repertoire by huddling around 1930’s Hillbilly recordings, learning from our friends the Old Time Music community, and from traveling into the mountains of rural Appalachia with our ears to the ground.

What the critics are saying:

“You boys are out of your friggin’ minds!”

“It’s really good, but couldn’t you play something more marketable?”

Who Is the Strung Out String Band?

We think of ourselves as a collective more than a band. Four of us form a core group who actually spend time swilling beer, arguing over the finer points of cross-tuning fiddles or whether banjos should be played with capos, and maybe actually rehearsing.

We are often joined by many other fine musicians who have added their musicianship and love of all things anachronistic to the Strung Out String Band.

In our many years playing music together we have produced two CDs. Give ’em a listen. Maybe they’ll inspire you to tap your foot. Equally likely they’ll make you run as far away from your speakers as possible…

Contents include many old-timey favorites and a few newer compositions which we're sure you will enjoy.
Our first CD from our truly strung out days.  In the fine tradition of great strung out performers before us, we named this album after two of our favorite beverages which have inspired many a musician on both sides of the Atlantic.

The Strung Out String Band loves bringing old-time music to as many people as possible. We have played just about every type of event you can think of.

We are available to play festivals, venues, bars, corporate events, weddings, children’s parties, and private gatherings of any stripe.